Warning: Use of undefined constant auto - assumed 'auto' (this will throw an Error in a future version of PHP) in /home/guitar47/public_html/wp-content/themes/Divi-child-01/functions.php on line 6
 The Backseat: Soundtrack to a Teenage Tour (Pt. I)

The Backseat: Soundtrack to a Teenage Tour (Pt. I)

Song: This Night Has Opened My Eyes
Artist: The Smiths
Album: Louder Than Bombs
Released: 1987

The Distance is Safety tour kick-off was an acoustic show in a midget car garage at the Heartland Race Track, just hours after I was stuffed into the frayed backseat littered with cigarette burns and water stains. Nicki, our eighteen-year-old bisexual hypochondriac vocalist, had arranged a short set with her father and a few of his co-workers. Knowing they were working professional men, I had expected something more organized than what I walked into. 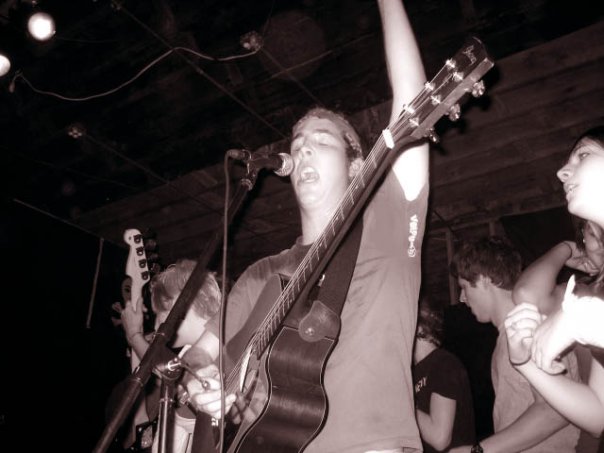 They encouraged us to sit on the dusty and oil slicked concrete floor with our open guitar cases. Our audience fell short of a few drunken mechanics and overweight mothers with light blue visors. I mistook a few for bonnets. We began our set with “The Art of Pillow Talk.” Nicki coughed mid-chorus and ran outside to hack something up. About fifteen minutes into our set, our knees mashed into the sludgy pavement, donating my new pants to the garage’s rag pile. We threw our tip change in the ashtray and found her outside, still, smoking a cigarette. She attempted a French curl and feigned that she had coughed up specks of blood.

At least toll charges were covered. 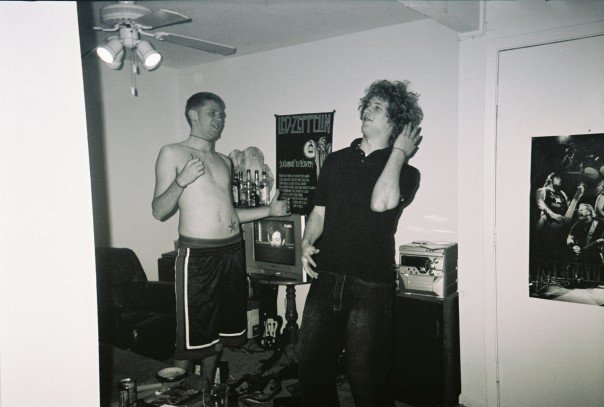 Matt and Matty getting silly after no sleep.

The clouds hid the preconceived glow on the western Kansas flat stretch as Matt, our bassist, hung his feet out the backseat window of the forest green Bonneville. His legs sprawled across my lap. His gym shorts rode up his leg, and I feared future exposure to the rest of the band’s genitalia. Matt swiveled his head in perpetual discussion of his bass equipment, Dragon Ball Z, and Dane Cook while I pressed my temple against the window frame and traced the heat lightning ahead of us. I thought about how terrified I felt that my parents had granted permission to both Matt and Nicki to be my legal guardians for the duration of tour. Any other teenager would have gotten a tattoo, gambled, or bought porn. I played music, and they secretly made out in the IHOP bathroom.

Finding a Quiet: A Brutally Honest Yet Brief Tour ...
Tips to finding your perfect guitar sound
The Backseat: Soundtrack to a Teenage Tour (Pt. II...
Why Playing the Guitar is the Best Therapy