Warning: Use of undefined constant auto - assumed 'auto' (this will throw an Error in a future version of PHP) in /home/guitar47/public_html/wp-content/themes/Divi-child-01/functions.php on line 6
 The Backseat: Soundtrack to a Teenage Tour (Pt. III)

The Backseat: Soundtrack to a Teenage Tour (Pt. III)

At 5:00 PM, we stuffed ourselves into the two vehicles like amateur clowns and drove to the Depot to load in for the show. When we arrived the staff informed Rufio that we were not on the bill for the show. Rufio quietly explained our situation, and with a half-roll of the eyes, the man running the front door gave us ten minutes to set up our gear. We stumbled on first. The stage lights hung so low that they detuned our guitars only seconds before they dimmed for the start of the set. After each song, we waited for an I’m-nervous-for-you kind of applause but instead received an embarrassed ovation. The show was abhorrent, and we were headstrong to get the one hundred fifty dollars that Rufio had promised us and head to our next destination.

Evan and I hounded Rufio once everything was crammed into both cars only to hear the words drip from Rufio’s tongue: I’m really sorry, but I had no idea you guys were actually coming. I need to buy a keg for my party tonight. I can only give you twenty bucks. 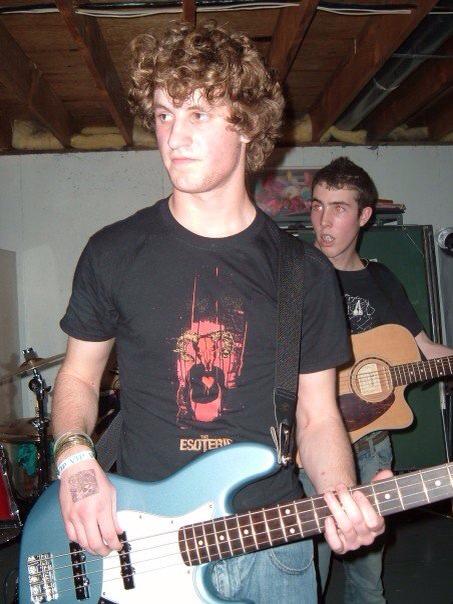 The look when someone is off time.

I stood reluctant to demand the money from him, but Nicki was infuriated. We calmly took her by the arm and led her back to the Station Wagon while mapping out a motel on the Colorado/Nebraska border. I was running on thirty-seven hours of adrenaline and lack of sleep by then.

Like drinking poison, like eating glass…
For richer, for poorer, for better, for worse
We’ve got crosses on our eyes 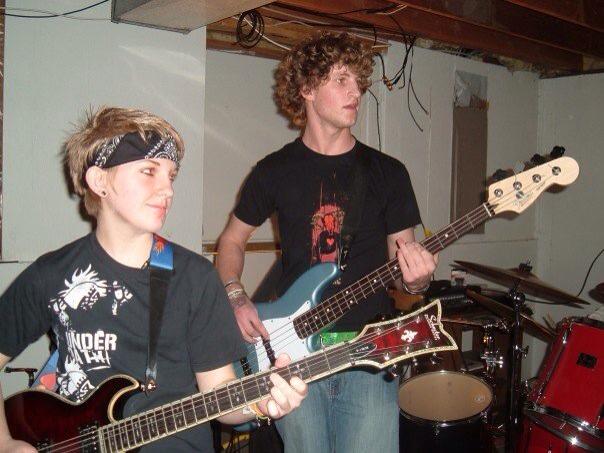 By the end of the night we had only reached mid-Colorado and had schedule a week’s worth of dates throughout the Midwest. We were due to Omaha by the next evening. After paying for ten hours of gas on my card, I was left with fifty dollars in my bank account and no job waiting for me when I got home.

We lost out on nearly two hundred dollars by the second night of tour.

It came time for me to make the most grown up decision of the group.

Nicki threatened to quit the band, but we just kicked her out and dropped her off at her aunt’s house in Hays.

We had band practice the next day.

Why Playing the Guitar is the Best Therapy
Tips to finding your perfect guitar sound
The Backseat: Soundtrack to a Teenage Tour (Pt. I)
Finding a Quiet: A Brutally Honest Yet Brief Tour ...